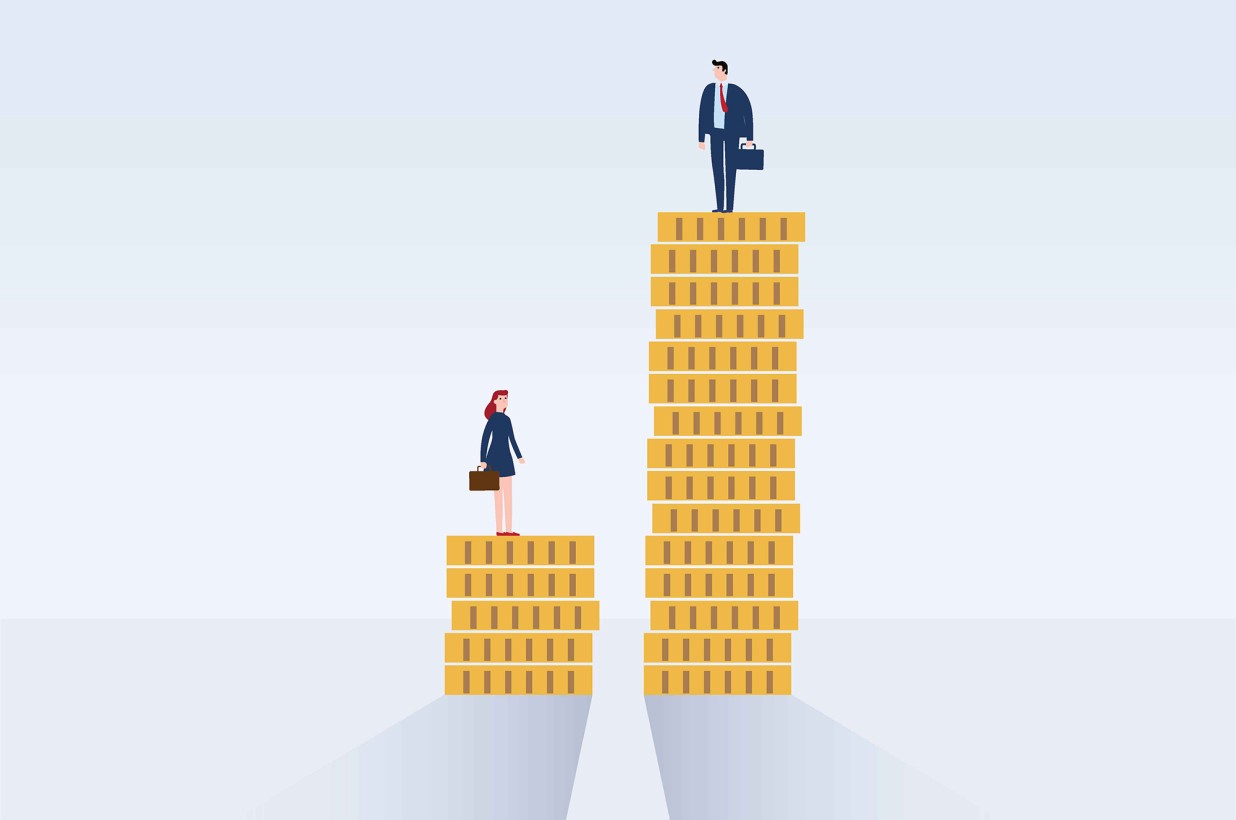 4 Things You Didn’t Know About The Gender Pay Gap

Did you know that there are more CEO’s named John than there are female CEOs combined? This article is about gender pay gaps, but this piece of information just says it all.

The gender pay gap is still alive and well as we go into 2017, unfortunately. Some reports show that it’s slowly shrinking, but other analysts claim the change is so small (mere tenths of a percentage point) that the shrink the gap is negligible.

The hard truth either way is that women still make about20% less than men for doing the same jobs. That adds up to a whopping $10,470 less per year than men make for doing the exact same work. That’s more than $840 billion that women lose in wages every year.

Here are four facts about the gender pay gap that you likely didn’t know—but should.

1. The pay gap is much worse for minority women. African American women make just 63 cents for every dollar that a white, non-Hispanic male makes, and Latinas make just 54 cents.

2. There are some fields that women are actually making (a lot) more than their male counterparts. However, these fields are all non-traditional, historically male-dominated fields: boilermakers (women make $15,110 more than men), riggers ($12,300 more), small engine mechanics ($9,987 more), and non-oil and non-gas earth drillers ($6,604 more).With the exception of these random outliers, however, data indicates that industry doesn’t seem to make a difference. This study of the gender pay gap in 25 different industries reveals a gap in all 25 fields, although the gap was smaller in some industries (health care and insurance). Another study shows there’s also a gap in pay for federal employees.

4. The pay gap isn’t just a problem in the U.S. It’s prevalent worldwide, although it varies country-to-country. This graphic illustrates the date this year, by country, in which women essentially started working for free given the pay gap in their respective nations, with Slovenia having the smallest pay gap (3.2%) and Bosnia having the largest (46%). Similarly, the U.S. celebrates Equal Pay Day every year, which falls on a Tuesday in April and represents the point of the year in which women must work wage free to start making the same rate that their male counterparts are.

Men and women alike should be startled by these statistics. Regardless of where the gap stands right now, any gap is too large. The practice of paying an employee based upon anything other than their merit and their ability to get the job done is nothing short of discrimination.

Let’s make 2017 the year we actually start to do something serious about it.

CLICK HERE to unlock Ashley’s free online course to find your purpose in the workforce!