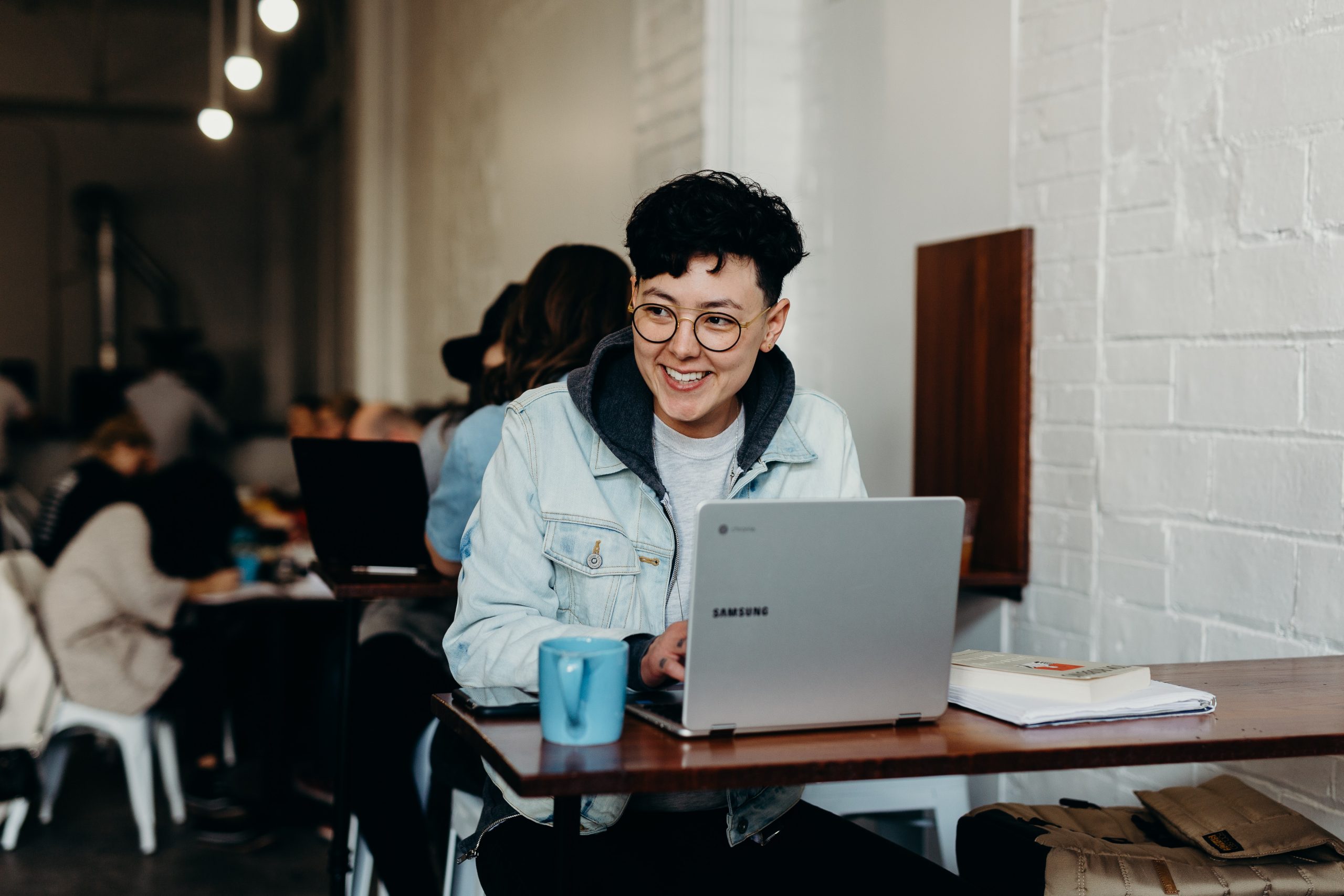 Work can be a stressful environment. With deadlines, coworkers, bosses, and just life in general, it can be easy to fall into stress and get overwhelmed.

But Ashley, you might be thinking, how are you supposed to stay calm when I have a million emails piling up, a massive project deadline coming soon, and my boss breathing down my neck?

Think positive
Positive thinking is the real deal. Think about how exhausting it is to focus on a negative thought, and the stress that comes with it. Spending your time thinking, I’m doing a terrible job, or time is slipping away, I’ll never finish isn’t going to help you work any better, or faster. It’ll just stress you out, and make it harder to focus.

Research shows that positive thinking decreases depression, anxiety, and makes it easier to cope during times of stress. Think about that — the next time you’re feeling overwhelmed, the practice of positive thinking can actually help you stay calm and rational, rather than stressed and panicky. One great place to start? Talk to yourself the way you’d talk to your best friend. If you wouldn’t say unkind, unproductive things to them, why would you say them to yourself? You deserve your own kindness!

Take it slow
You might think that you’re being productive by answering emails during a meeting, or typing up reports while listening to a podcast, but the truth is we are way worse at multitasking than we think. In fact, we are much less productive when we’re multitasking then when we’re not.

You wouldn’t text and drive — so why try to do two things at once at work? It might seem weird to compare the two, but the science shows that any type of multitasking, whether it’s something as dangerous as texting while driving or something as mundane as scrolling Facebook during a phone call, impairs attentiveness and focus on learning. You might think you’re absorbing more at one time, but you’re actually negatively affecting your ability to process and learn information. In fact, multitasking has even been shown to lower IQ over time.

Try taking everything one step at a time, and only doing one task before moving on to another. If you’re finding it hard to ignore distractions, try silencing your emails, or putting your phone away. Your brain, and your productivity, will thank you. And the more work you get done, the less stressed you’ll be.

Embrace positivity
Beyond just practicing positive thinking, you’re going to want to embrace positivity wherever you can. And this means avoiding anything, and anyone, that brings negativity into your day. Maybe you have a coworker that’s a typical Debbie Downer. You know the type, where everything is dark and gloomy, and the sky is constantly falling down.

As in control as you are of your own mind, it’s much easier to stay positive and calm if you’re not surrounded by people who are spreading negativity like a virus. Try spending time with people who lift you up — or at least people who aren’t trying to bring you down.

It may feel impossible at times to stay calm under pressure, but I promise that you have the tools within yourself to just take a breath, reevaluate, and take on the day with confidence and ease.