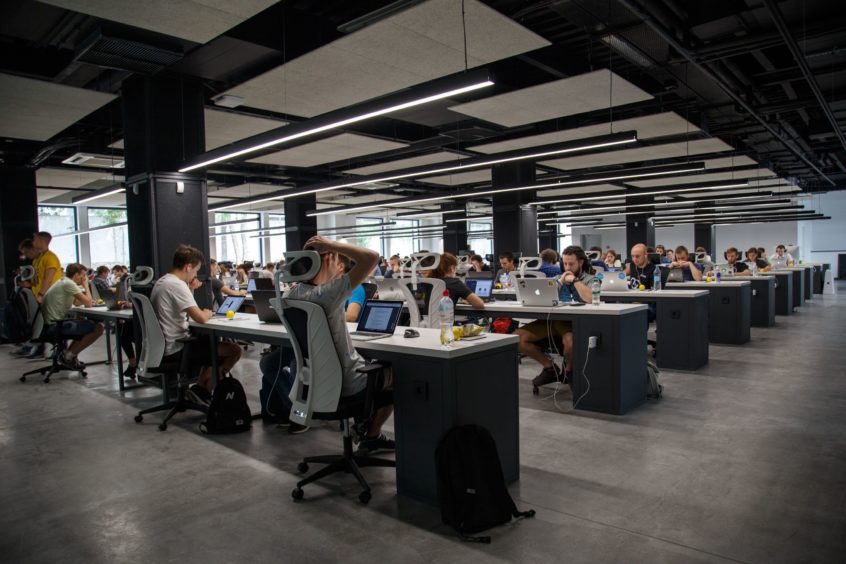 The Future Of The Workforce: Will Your Job Become Obsolete?

I recently attended Summit At Sea 2016, and found myself completely inspired during interviews with influencers and futurists such as Eric Schmidt, Executive Chairman at Google, and Gary Vaynerchuk, Founder of Vayner Media. Topics such as Artificial Intelligence, Virtual Reality graced the lecture halls and catalyzed discussions on how these technologies will adapt and evolve in the coming years.

It’s no secret by now that robots will be replacing people in the workforce, so I’m inspired to learn and share as much as I can so we can all prepare for the transition.

Innovative thought leaders like Peter Diamandis even insist that with all we know about technology, virtually anything is possible to achieve. As he says in his biography, “Ultimately, anything big and bold is hard and difficult and impossible and science fiction until you make it a scientific fact.”

Mind BLOWN… Because this guy is spot on: we are now living in an era where self-driving cars, Amazon drone deliveries, and 3D printers are real things.

It got me thinking: if robots and machines really are the way of the future, what does this mean for the workforce? What skills and jobs will still be relevant?

Don’t get too worried just yet. For one thing, much of what Artificial Intelligence is being used for is simply not related to the job market—think Facebook’s state-of-the-art facial recognition system that makes tagging photos easier, or the fact that that Facebook focuses much of its development of Artificial Intelligence development on exposing you to things in your feed you didn’t even know you wanted to see. Another important fact is that only a small percentage of jobs will be fully replaced by advances in technology.

What jobs are becoming obsolete?

There are many ways, however, that Artificial Intelligence and Virtual Reality will change the landscape of the job force. Bankers will likely become a thing of the past; even today’s ATM is capable of doing 90% of a banker’s job. Office jobs will change, too, as more administrative and clerical tasks can be automated due to technological advancements.

Where is there a growing demand for worker talent?

Areas like advertising and marketing are changing and shifting, too. Concepts like contextual advertising, the technology that causes ads relevant to you to pop up while you’re surfing the web, make it technologically easier for companies to reach their target consumers. However, companies making decisions about how to spend their advertising dollars are looking to harness technology to unlock more analytics that assess where they’re getting the most bang for their buck. And while companies want that hard data, they also want someone who understands what the data says, can explain the data, and advise them accordingly. Not necessarily something that a computer can do.

This desire for the human touch still applies universally. For example, how many times have you dialed a 1-800 number and hit “0” repeatedly to get a real person on the line because you preferred a human being over the automated system? There are some things that computers simply will not be able to do—or at least, it will take a long transition for them to reach mastery.

It’s also important to remember that our society has weathered shifts like this before.

While it’s true that computers and printers have made jobs like typists and secretaries defunct, the same technology that eliminated those jobs actually created millions of jobs in areas like IT. There will always be the need for employees to run and manage and develop the computers and machines that are performing the tasks that humans once did. The key to staying ahead of the game is being adaptable and informed about the progression of these types of your technologies in your specific field and how you can actually leverage the technology to your advantage. Peter Diamandis claims that soft skills will be particularly valued—a hard work ethic, emotional fitness, and commitment to growth… After all, you’re competing with robots!

So, yes, the robots are coming! But we’re not completely doomed.

Ashley Stahl helps job seekers find their purpose, land more job offers and launch their dream businesses. Sign up here for her free jumpstart course on how to land a new job you love.